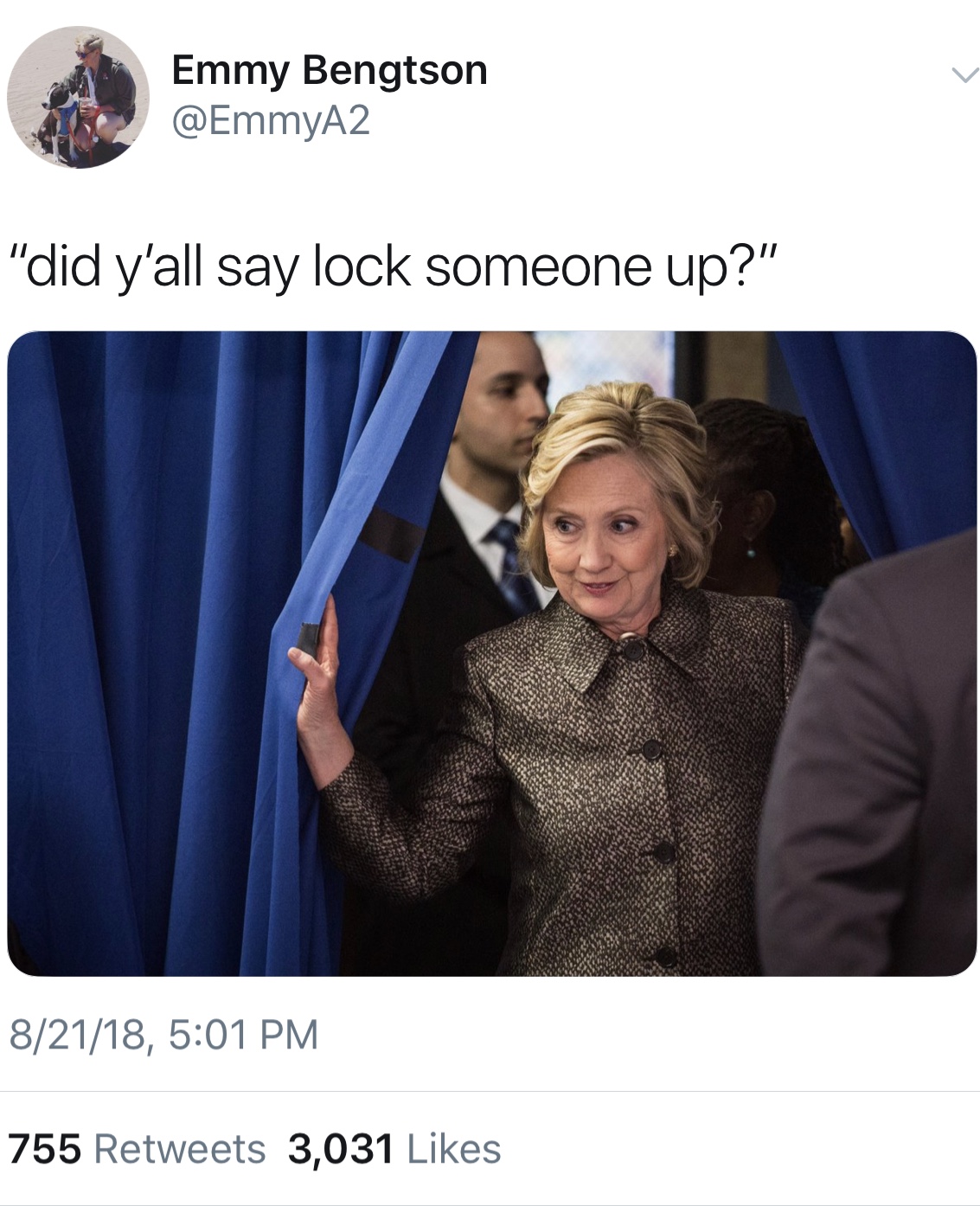 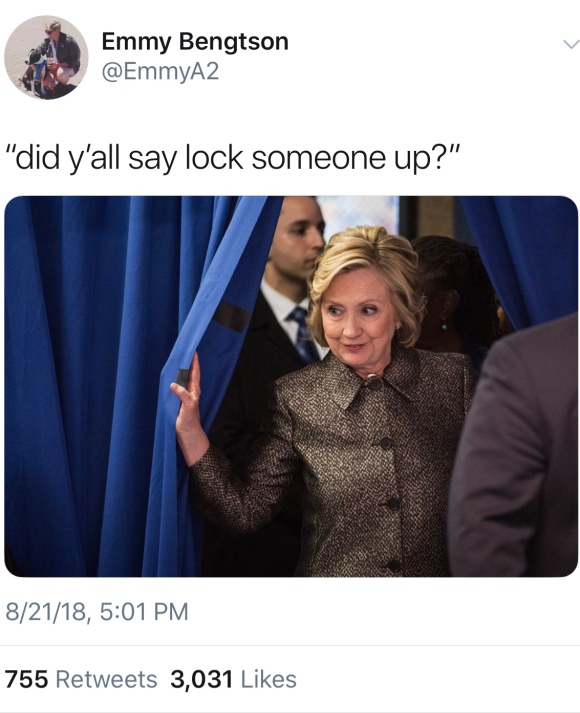 Guess who’s baaaaaack! You’re probably thinking, “Oh my lucky stars, two Jayrey publications in one week!” Well, you’re absolutely correct and I want you to count your blessings. Right now Trump and various assorted other hooligans are giving me an unending supply of material, and what can I say, I…just…can’t…contain myself! Without further ado…

[Insert laughing so hard he’s crying emoji] Seriously?! Seriously. This is a joke right? I realize the Asshole in Chief is a crazed lunatic on Twitter and consistently rots his brain with a steady diet of Diet Cokes and Fox & Friends, but this is stepping it up to a whole new level. It’s like he’s now a Jedi Master of idiocracy. Doesn’t this remind you of the scene from A Few Good Men where Tom Cruise is at the bar with Kevin Bacon and is at a loss for words and the only thing he can come up with is, “You’re a lousy f*****g softball player, Jack!” Well this has that desperate feel. Where are this animal’s handlers?! He needs to be placed in a Hannibal Lecter getup so he has no access to any form of social media whatsoever. Or, actually, screw it. I’m loving seeing him dig himself deeper and deeper. And A Few Good Men is one of my favorite movies of all time, so I officially rescind my Trump-to-Tom Cruise comparison. No way is he worthy of being mentioned in the same sentence as Lt. Daniel Caffey!

[No real story here, this one was just good]

[And this one was even better. I love the internet]

As many of you are aware, I have close friends from the state of Ohio. I consider them my midwestern brethren. My bannermen from the snowy lands afar. Alas, I’m struggling with the recent scandals plaguing the Buckeye football program. We all know that Urban Meyer was shady AF. Hell, his exploits even broke his OWN heart! But now we have a situation where he covered for one of his backwater roughneck inbred assistant coaches, Zach Smith, who was accused of (and arrested for) domestic abuse and aggravated battery. There’s a special place in hell reserved for this cretin. And Urban did himself NO favors by attempting to cover up this scumbag’s crimes. Well, Urban got himself a slap on the wrist and a tickle with a down feather for his cover-up. Today it was announced that he would serve the oh-so-awful punishment of being suspended 3 games without pay. 3 whole games! That’ll show him. Shame! SHAME! Oh, and here’s a little more about Zach Smith that’ll give you a glimpse into his character:

Look, I get it. We’re all undercover freaks. And that’s cool man. Give into it a little bit. It’s fun! But seriously, is that crossing the line? Although, let’s be real for a second, a cowardly abuser of women whipping out his dong and taking cock shots at 1600 Pennsylvania Avenue is like the 4,927th strangest thing to happen there since November 2016. And Urban, you best take a black light to your office and hire Vincent Vega and Jules Winnfield to give your office a DEEEEP clean.

Let’s acknowledge that Cardi B is one of the best things to happen to the music industry in a looooong time. Bodak yellow? Music gold. Finesse with Bruno? Like Magic and Kareem. Cardi B winning best new artist at the VMAs? File that under #obvious! That was a no-brainer. Like the possibility of Green Bay trading for Khalil Mack, boom, done, lock it up, it’s a slam dunk. You all are very intelligent, so I know you agree with this. That’s not my gripe. My main point of contention, comes with the Maroon 5 song Girls Like You, featuring said Cardi. And hat tip to The Empress for bringing this issue to my immediate attention. In that song, notorious tool Adam Levine croons “‘Cause girls like you run ’round with guys like me”. And let’s be real, on NO planet would Cardi be running around with Levine and his awful tattoos! I feel slightly bad, because I’m not sure if I hate Levine or not. I have a little bit of a soft spot in my heart for Maroon 5, because for those of you who know me, that’s really the only concert I can ever go to and not be out of place. The punk bands would expose me for a fraud and I’d be knocked out cold with a sock full o’ quarters. The Lil’ Wayne YMCMB fans would see right through my facade and I’d be drinking sizzurp in a dumpster behind the Mattress Firm amphitheater in Chula Vista with Birdman and Weezy before you could say “Lollipop”. Hence I’m struck with the faux-edgy silver spoon Maroon 5 and their never-ending string of 2+2=hit songs. Eff it, I guess I just answered my own question. I ride or die with Maroon 5. Thanks Cardi!

That’s all I got kiddos! G’night!

Orange Badger with a Torero J.D. View all posts by Jayrey26